Dawn is a thoughtful and creative trainer who sees each dog as an individual. She doesn’t have a “fix all” methodology, rather she considers the dog’s age, breed, home and family when she formulates a training plan. Dawn both teaches basic obedience and remedies behavioral issues in a fun and caring way. She uses parks, trails and restaurants as settings to ensure what she teaches the dog will stick in even high distraction situations. I highly recommend Dawn as a trainer you can trust to give your dog the best care and the best education while it boards and trains with her. Her love and understanding of all dogs, regardless of breed, age or behavior, sets her apart from other trainers and is easily judged by the positive results she gets.

Dawn was able to help with some problems we were having with our two-year-old 75lb Shepherd-Doodle George. Anxiety and aggression were the biggest two. Even though we had been previous dog owners, Dawn was able to show us new and better ways of managing George. Not only did she train George, Dawn taught us how to continue his training. He is now much less anxious, especially in public. George is calmer and easier to handle. He is more responsive to commands, less hyper, and more respectful of us his owners. Big difference! Dawn is an excellent trainer!

We are proud parents to a very feisty 2 year old English bulldog named Sasquatch. Squatch was a handful, he thinks he’s the boss of us and could be dog aggressive, often fighting with his older brother. We luckily found Dawn and she was able to work with him for a few weeks. Since his time with Dawn, Squatch is more disciplined and manageable. While he is still a rambunctious teenager, he has made some great improvements. On walks he follows behind instead of being out ahead. He also can sit and wait for his food which was unheard of before. He has a better sense of who’s boss and takes commands much better. We have not seen as much dog aggression and he can calmly walk by dogs without losing his cool. We recommend Dawn and will use her again if Squatch ever reverts to his old self!

I’ve known and worked with Dawn Clement in her professional capacity as dog trainer for nearly a year. I acquired Bear, my current buddy, in August of 2017 shortly after the death of my previous “doggy partner” of 12 Years. Bear was a 1 year old Labradoodle being sold because he didn’t get along with another dog in the household. That was as much as I knew about his background, but he seemed like a good dog on our initial meeting so I decided to give him a new home with me.

It quickly became apparent that, even though he was great with me, he was very reactive to other people and other dogs. After some research I decided that the best approach to correcting this behavior would be to send him to a trainer for an intensive 3 week training program. Dawn Clement was recommended to me by a rescue organization that I had previously worked with. We talked about goals and expectations and I placed Bear with Dawn for 3 weeks of intensive training.

One of the things I appreciated most about Dawn’s approach was her constant communication and feedback for the three weeks that she worked with Bear. She provided regular updates about what she was working on with Bear and the progress that he was showing. She included pictures, which was very reassuring.

Dawn also endeavored to involve me periodically in specific activities. In this way she actively kept me up-to-date on what she was working on, and why.

Upon his return home, Bears progress and improvement was impressive. Dawn spent a good bit of time showing me what Bear had learned, and what I needed to do to reinforce his new behaviors. She also followed up with me multiple times after the conclusion of his training. Some of these follow-ups included a face to face “refresher” with Dawn that was most helpful. Dawn always exhibited a knowledgeable and consistent training approach. One of her biggest assets is her patience and compassion. It’s obvious that she not only loves her job, but she loves and sees the positive in every dog she works with.

In the months since his training Dawn has continued our periodic contacts and I’ve had occasion to use her as a dog sitter multiple times. It’s reassuring knowing that Bear is going somewhere that he’s safe and truly cared for. It also provides an opportunity for more behavioral reinforcement. A definite win-win.

Meeting and working with Dawn Clement has truly been a blessing. I’m sure our relationship will continue to progress for many years to come.

My dog Klause, a 100+ pound Rottweiler, was attacked by another dog on two separate occasions. After his attacks he became increasingly nervous and aggressive during our walks. I talked to my vet and they recommended the classes they offered in house and a personal trainer who would come to my house. I tried the classes first but soon realized he did not have a problem when he was not with me and outside on his leash so I then decided to try their personal trainer. The personal trainer asked what my concerns were and how he acts at home when new people come in….needless to say she asked me to do everything my dog was scared of and then proceed to tell me he was looking at her too aggressively. I was aggravated and at a complete loss. I did not think there would be any hope for my furry baby and I to enjoy the outside again.

One day I was talking to a friend when she told me this wonderful story about how her friend had a similar dog like mine and they had Dawn Clement train with the dog and now he is great. It sounded too good to be true but I had to find out if she could help me and my dog. I contacted Dawn and told her the same story I told the others who tried to help me and we set a date for her to come and meet Klause. It was amazing to see the way Klause acted and automatically respected this new stranger in our home. Dawn accepted Klause for training and we began in January. I had been let down so many times I did not have high hopes since I could not even walk him to go potty without him trying to attack a person, a car or animal he saw. The first time I saw Klause during his training, we met at a park. I saw Dawn, Klause and another person sitting there talking! What?!? My dog?? I told her I was shocked that Klause allowed someone to talk to them while he was on leash. We then proceeded to talk to another guy while letting Klause see dogs from afar. Of course I was a nervous mess but I trusted Dawn. Each week we met 1-2 times to train myself with Klause. Each week I saw my dog transform from a nervous wreak to a more confident and calmer dog. Dawn sent pictures of them on their walks and stories of how he was doing. After 3 weeks of training I had “just relax your arm” embedded in my head and eager to have a dog that was not scared to walk on leash now. I now have the tools to keep calm while walking my dog. We are now able to walk by joggers, cars and from a distance other dogs. This is leaps and bounds from before training began! Klause and I are so thankful for Dawn Clement!! She was my last hope and so happy my friend passed on her information to me. I know there are others who are going through the same struggle and I can honestly say Dawn’s training is well worth it! You and your furry baby will be so grateful! 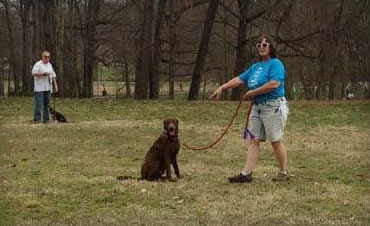 Dog Training Services
I have a 3 week training block where your dog lives in my home, with my dogs and learns better habits everyday with us.
starting at $2200 / 3 weeks 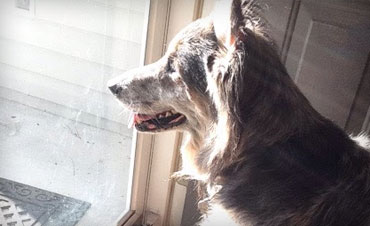 Dog Visitation Services
I love taking care of your dogs while you are away! I keep up their good manners and don't let them backslide during your absence.
starting at $65 / night 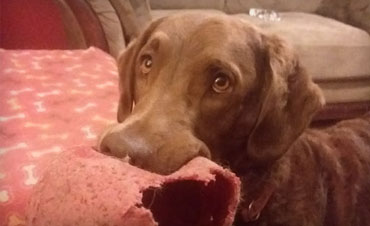 Private Consulting Services
I offer training for some issues that center around home life, a home consultation may be what you need.
starting at $150 / 1.5 hours